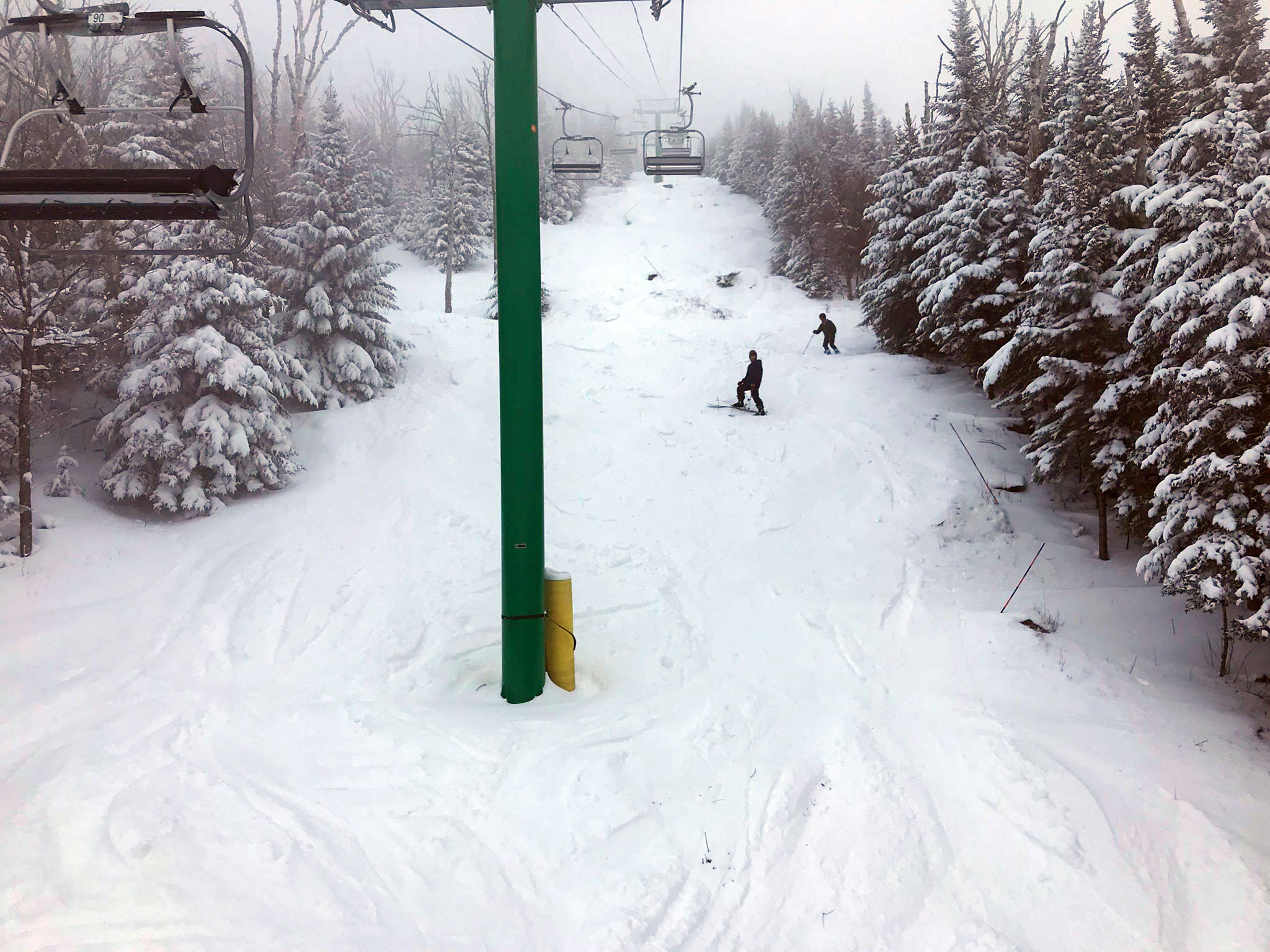 Yesterday I dropped my skis off at the repair shop at Burke Mountain to get tuned. I drove to mountain today pick them up today at 2:30 and to drop off another pair of skis. Seeing we picked up yet another 3-4 inches of snow last night, I decided I had enough time to get some runs in.

As I’m walking out the door with my freshly tuned skis I realized that I didn’t have my poles with me. I then remembered I left them on the rack at Burke yesterday while I was dropping off my skis! I walked over to customer service to see if anyone hand turned them in and luckily they ended up being in the lost and found. Woohoo!

A Snow Squall On My First Run

It was an absolutely clear day when I arrived to the mountain, but by time I got on the lift, a squall had moved in and visibility was very poor. I did a tester run on the lower mountain to get a feel for the new wax job. I just got these skis at the beginning of the season and had only ridden on the factory wax, and my god, these skis were now flying.

With excitement, I headed to the upper mountain for one run down Upper and Lower Willoughby. Coming off the lift, the summit was covered in a dense fog. I began a super windy descent down the mountain and was greeted by a fun mix of powder and ice on the trail.

The fog started to clear about halfway down the mountain. From Lower Willoughby, I cut over to the lower mountain and hauled ass through the first segment of Jester. When I exited someone yelled my name from the lift. It ended up being my friend Jay Riley who was skiing while his daughter was in lessons.

I took one run on the lower mountain with him and he rode almost the whole thing switch. It was pretty badass, so after he left to pick up his daughter, I went back for another run to practice riding switch. Thanks to his advice it was pretty easy to get the hang of, until I started getting too much speed, so I just turned around back to forward. He definitely inspired me to work on riding switch more in the future.