Home>Blog>Aggressive>What Year Is It? A Weekend of Blading at Camp Woodward

What Year Is It? A Weekend of Blading at Camp Woodward 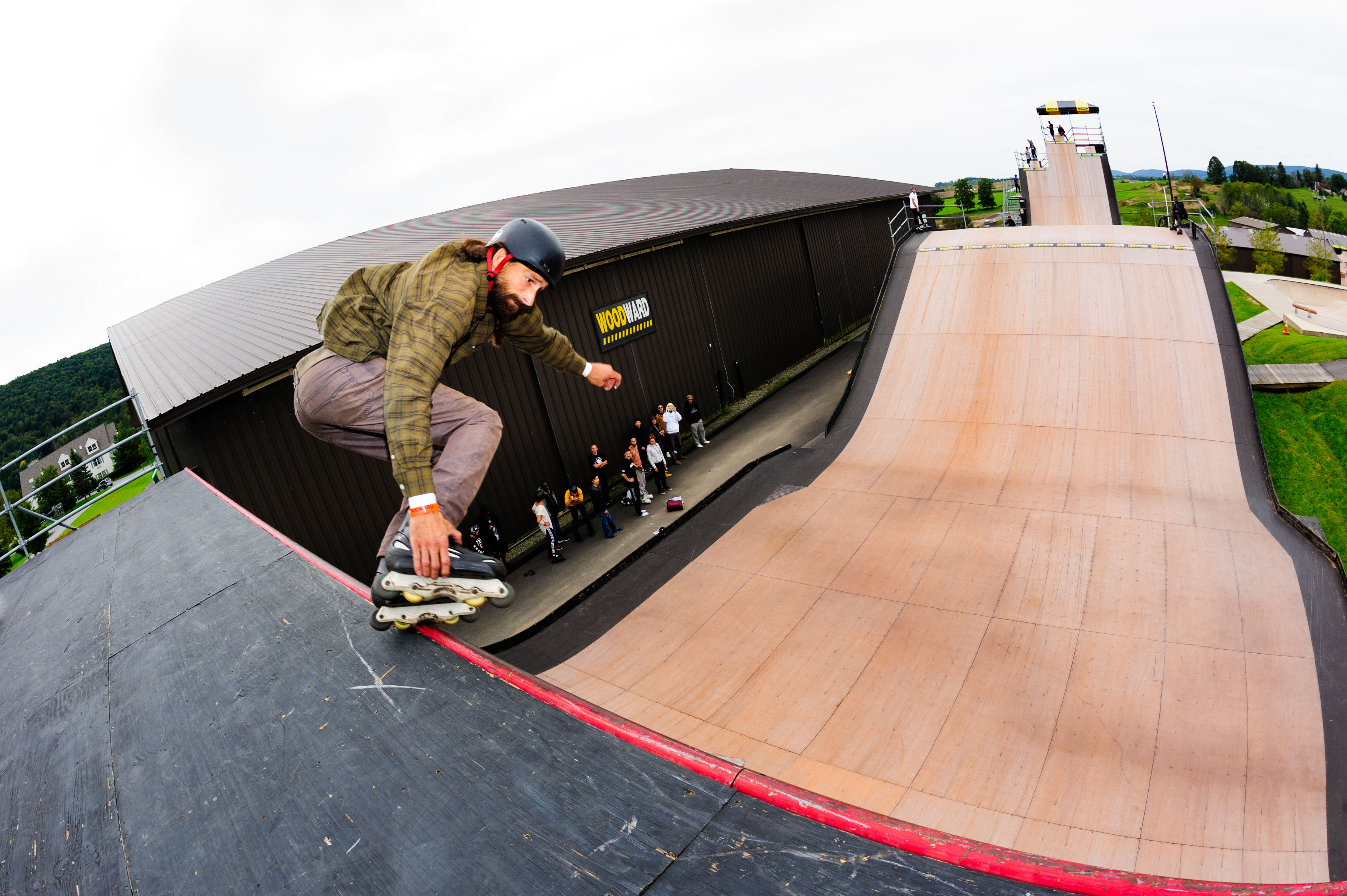 In the late ‘60s, Ed Isabelle was a gymnastics coach at Penn State University in State College. He discovered an Amish farm about 30 miles east, that fatefully had a barn just big enough to fit an Olympic-size gym floor inside. Ed bought the farm to start a summer camp where gymnasts could practice their skills. People thought he was crazy and would be bankrupt in no time, but Ed had faith in his vision and he made magic happen. In 1970, this is how Woodward Camp was born.

How I Discovered Woodward

I first heard about Woodward through BMX racing magazines & Eddie Roman videos in the late ’80s, so by the time Dave Paine dropped VG3 I was already hoping & praying that I would make it there one day. Woodward held this special place in my soul, as if it wasn’t part of the real world…like Wonka Land, but for skaters. And the people I would meet there would feel the same way.

VG 3 “Not A Word” Camp Woodward Edit by Dave Paine

In the late ‘90s and early 2000s, I was lucky enough to spend a lot of time at Woodward and see the progression of park skating go through the roof. In hindsight I realize they were fleeting times, and in a way that was the prevailing theme of this inaugural WYII event…but when time to leave rolled around, our attitude was one of looking forward to the years ahead of us rather than looking back at years past.

Cameron Card was at Woodward in that era, and he knows the energy and the atmosphere when a lot of skaters session together and start pushing their own limits. There’s so much he has to offer that his pro career didn’t afford the opportunity to express, both on and off the skates. This event is the perfect way for us to know his passion for all things skating, and be welcomed into the diversity of what skating can be in this place.

Long Tonthat has been quietly working for the benefit of the East Coast scene, building community in ways that command respect. The North Carolina crew has made the trip to Woodward many times, and each time Long has sought ways to make the relationship stronger. This event is the product of his patience & persistence, and he believed that hundreds of us would show up… just like Ed did.

A Return to Paradise

I went to skate the mini mega, expecting maybe half a dozen old dogs like me, instead there were two dozen skaters of all imaginable disciplines, skill levels and backgrounds. There were even quad skaters from Roller Derby and Crashed Ice skaters on hockey blades. Guys and gals, young and old, were sessioning together without division or judgment and experimenting with their potential on this big ramp. At the same time there were sessions at all the ramps at Woodward, which were happening all weekend.

To spend so long hoping and praying and wishing for something like this event to become real, and then when the magic happens it is better than you could have imagined in your wildest dreams. Times change when people change them, and in 2018 this is what Cameron Card and Long Tonthat did. None of this would have been possible without Kendall Card and Jan Williams, who both worked tirelessly all weekend. Thank you infinity! I can’t wait for next year, and the year after that, and all the years ‘til I lose count.

The WYII Blading Event has confirmed the dates for next years blading weekend, which will take place September 20th-22nd, 2019.

Tim Schmidt with a back backslide on the mini mega. Photo by Vincent Morretino.