Home>Blog>Distance>160-km Endurance Skate in Perth, Australia: The Blood and The Glory

160-km Endurance Skate in Perth, Australia: The Blood and The Glory 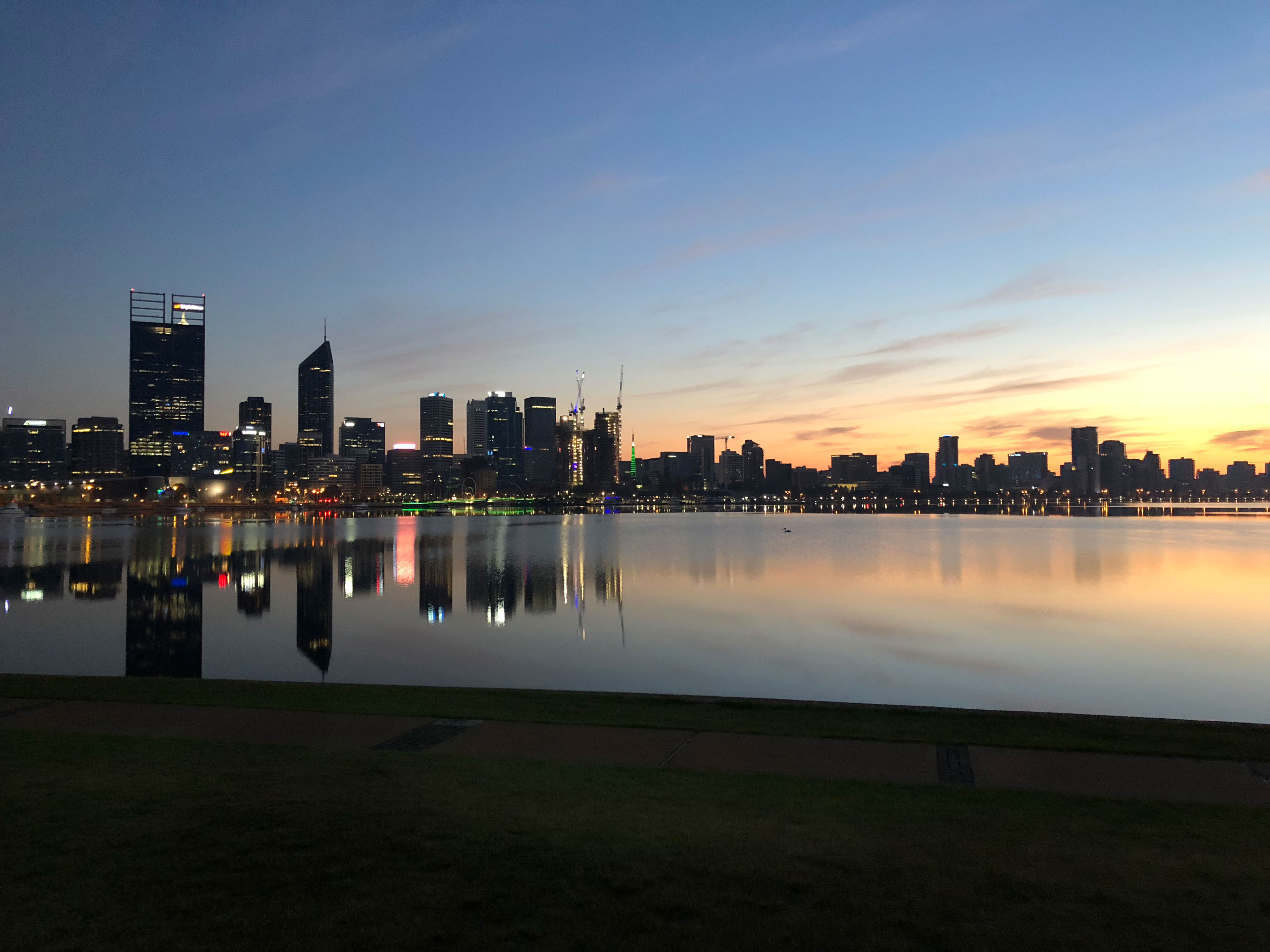 Originally from New Zealand, I’ve been living in Perth, Australia for the past 30 years and inline skating for 22 of them. My first skates were some second-hand Roces with rockered frames and were great to learn on. I spent hours at the local carpark learning the skills. For the past 7 or 8 years though, I’ve been rolling marathon skates. First the Fila M100 and now the Seba Marathon. My current Seba Marathon skates are the 4 x 110mm but I also purchased a Bont CXXV 3 x 125mm frame along with MPC Black Magic XXFirm wheels (125mm) and Twincam ILQ-9 Pro bearings. The combination of the Seba Marathon boot and the Bont frame-set is absolutely magnificent. The frame set is the same one that won the 24 hr long-distance record (611 km) at Le Mans in 2016 so I know it can do the job.

The vast majority of my 22 years skating has been solo. It ain’t the 1990’s anymore and inline skating simply isn’t as popular as it used to be. About 12 months ago, The Perth Outdoor Rollerblading group was founded by Michael Rokich and original members, Emma Taylor and Martin Nobillo. All sorts of disciplines, skill levels, skating types etc meet up on a regular basis for a wide variety of social skating activities and the group has expanded to dozens of members now. The group is great and is just what the Perth scene needed. Having said that, I’ve found no one else around (including in POR) who likes to do my particular kind of skating – long distances at a moderate pace.

I believe the definition of long-distance is a personal thing. Someone may consider 30 km to be long-distance. That is perfectly fair as we’re all different. For me, I consider long-distance to be anything above 80 km. Anything below that distance can be done fairly easily without too much thought or preparation. I have done many 80+ km skates over the past few years. A few years ago I got the magic number of 100-km. Unfortunately, I didn’t plan to do that distance and I was unprepared in terms of sustaining energy levels. I hit the wall hard about 20-km from home and was in a bad way by the time I’d finished. Subsequent long-distance skates were more seriously thought about and planned in a lot more detail. With that planning came skates of 100-km, 120-km and finally, in April 2018, 150-km.

A week or so ago, I started thinking again of breaking my distance record. I’d try for 160-km on Sunday 23rd September. I started preparing mentally several days earlier. I know, it sounds like a load of toss but it’s what works for me. Thinking about what I’m going to do, how to prepare, what to take to ensure I don’t hit the wall, what route to take etc etc. The mental side of endurance skating is sometimes brutal and having thought about things beforehand helps a lot.

The family and I had dinner at my dads place on the Saturday night but I only had one glass of red (okay, it was a big glass) as I wanted to be good for an early start on Sunday morning.

Returned Home At 9pm To Organise The Gear

The alarm was set for 3.15am to have breakfast (light breaky, couple of bowls of Cornflakes did the job) and to do last-min checks. Checked axle bolts, frame bolts, brake bolt and fastening system. Skates all good to go. I left the front door at 3.45am and turned on the Strava GPS tracker. Then, of course, music needed to be sorted. Something nice and mellow for the first couple of hours in the darkness. Carbon Based Lifeforms, World of Sleepers was sent to the speaker. Time to begin.

Conditions were absolutely stunning. The first couple of hours in the darkness were perfect. Zero wind, temp would have been about 10 degrees or so, the steady purr of the wheels, making good pace, it was perfect skating.

I settled pretty quickly into a steady pace of about 22-24 km/hr. Not too fast but I’ve determined over the years that I can keep that pace for hours at a time so it works well. Headed east along the river to the new Optus Stadium, did a couple of laps around the stadium (1.25 km each), over Windan Bridge and then west through East Perth, Riverside Dr and continued along Mounts Bay Rd till I got to UWA. Stop, turn around and head back to the city then head south along the Freeway cyclepath, over Mt Henry Bridge, loop around the west side of the Canning River, back to city via Freeway cyclepath then back to South Perth. Each of the above circuits is about 40 km long and is almost dead flat. Although I do love skating up long hills when I get the chance, Perth is almost dead flat and my 40km loop is no exception.

My first break was taken at about 60 km. Took skates off at UWA for about 5-min, stretched feet, had one banana and one energy gel. For me bananas are the perfect food to replace energy during long skates. Easy to eat and digest and a great food to replenish depleted glycogen. The music was changed to an uptempo psytrance mix. Sweet!!! Felt great after the break and was easily able to go at a faster pace than previously.

At about the 70km mark, I was going down a very small hill with a sharp left turn at the bottom. Can normally hit this sort of thing pretty fast and had done so a couple of hours earlier while on my first lap. But between the first and second loops, the lawn reticulation had been on and I didn’t see that some of the path was wet (I was busy looking at the corner for cars, cyclists, dogs etc). So I get to the corner, start to turn and my skates just slide right out from under me. I’d like to take this opportunity to make sure you say to yourselves and your kids: ALWAYS wear a helmet. I banged up my right knee and lower leg pretty badly but my helmet hit the concrete very hard. I don’t want to think about possible head injuries from that impact without a helmet being worn. I lay there dazed for 30 seconds or so while trying to work out what had just happened. Two cyclists came over to help and one stayed for five min or so while I got myself sorted out. Had to wash the gravel out of the wounds which was unpleasant. Skates a bit banged up but nothing beyond the superficial. On a positive note, at least I got another break from skating. I resumed my mission fairly slowly but it wasn’t long before I had picked up back to my usual pace. Yes, my knee was bleeding pretty badly but it didn’t hurt too much at that stage. I finished loop two and started the third. At Burswood there was an ambulance by the cyclepath that had been there for an official public event. They were packing up to leave when I skated up and asked if they could please dress my leg. The paramedics were happy to help and reckoned it was the most interesting thing they’d seen for ages. Hahaha, glad to oblige!

I had another break at UWA during loop three for a rest and more food. Skates came off and I tried not to cry like a baby. My leg was hurting pretty bad by now and the break was a bit longer than I’d normally take. The freeway cyclepath of loop three was quite windy but I drafted in behind two cyclists (with their permission) and we stayed at 27 km/hr for about 6-km or so. The remainder of that loop was horrible. That’s about the stage where I start to question what I’m doing and if I should just go home early. When this happens I start talking to myself and I almost always paraphrase Dory from the Finding Nemo movie: “Just keep skating, just keep skating.” Eventually finished loop three. Not too far to go now

At the start of loop four I stopped at a cafe on the South Perth foreshore to get a Coke and a Poweraide. Skates came off on the grass by the river and I assessed options. The blood had soaked through the dressings and bandage by now and it was hard to get comfortable. Strava told me I was sitting on 130-km. Curses…another 30-km to go to reach my goal. A passing woman saw my blood-stained bandage and asked if I needed any help. Only if you can help me skate another 30-km I replied. She very kindly offered me a lift home but I had to keep going. Ten min break over, back into it. At the stadium I saw Dave Smith, a mate from the Perth Outdoor Rollerblading group. We talked for a couple of minutes then I continued on. I decided to skip the UWA section of this loop but the freeway section was very difficult. On the way back there was a cyclist in front of me, just a casual guy. Normally I’d be catching up easily but I made no progress at all towards getting closer. A quick check of Strava at the South Perth finish point showed 157 km. I continued on for the hardest 1.8 km of my life then turned back to return to the finish line.

Food With The Family to Celebrate

I called my wife and youngest son to come to the river where we all had a delicious acia bowl from a food truck there (theaciacorner.com.au). The people that run that truck are amazing and the food was just what I needed. All the while I was getting hammered with cramps in both legs, feet and toes. My wonderful wife drove me the 1.5-km to home where the skates were put away, not to be seen again for a few days.

So, Where To From Here?

I’ve a few medium-term goals including getting to 200-km. I’m also thinking about a 12-hr skate around Optus Stadium for charity (Ronald McDonald House Perth). Will be expecting to get 220+ km for that effort. Long-term, I really want to do the 24 Hr Le Mans skate and I’ll do it solo of course. That’ll have to wait till the kids have left school though. The current record there (for a solo skater) is 611 km. I would not be expecting to get anywhere near that but the pacelines should assist with longer distances.

So it’s a week off skating now while the leg damage heals properly. Then back into 40+ km skates each day, to and from work.

After that, who knows?