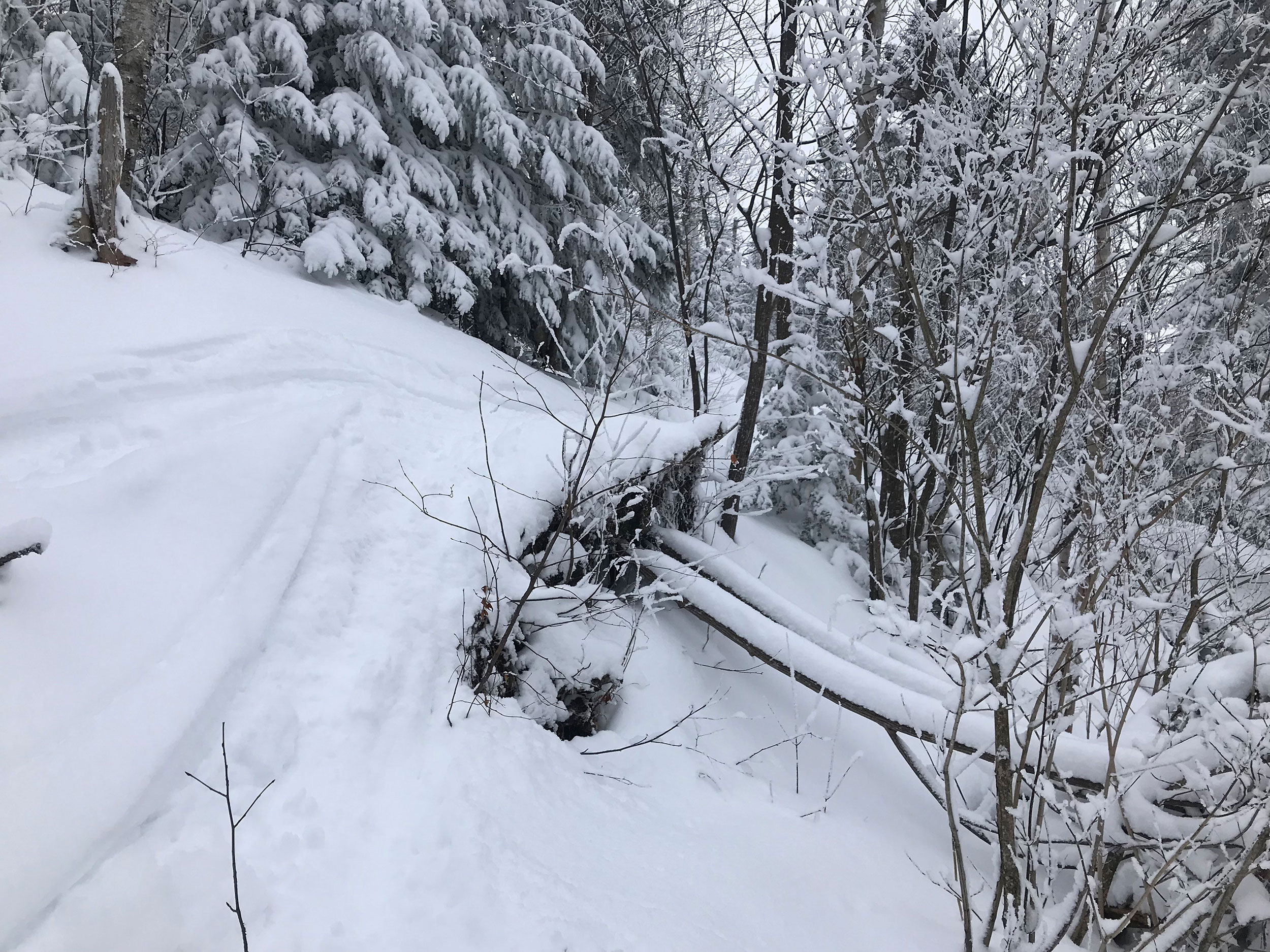 Wow, today was something else! Burke Mountain received another 6 inches of snow last night, mainly after they already groomed, so it was fresh powder to start of the day from top to bottom.

It was the perfect day to lay fresh tracks in Jester, which is a mountain bike trail that winds through the lower mountain woods and is so much fun. I ended up doing it three times before heading to the summit. I have as much skiing this as I do skiing the challenging terrain on the upper mountain. This is my go to run when conditions up top aren’t great.

On the chair to the top I was eying Rerun and Liftline. They looked so perfect from above, that I just had to do them for my first run. And my god, it was an absolute blast although I did fall once. Near the bottom of the trail I found someone’s season pass in the snow and at to shimmy back up the hill to retrieve it. I handed off the the lift attendant on my back up to the summit. After that I decided to do some trails and glades that I have never done before.

I have to admit that Birches was very scary for me near the top of it, especially skiing it alone. The beginning of the run has pretty dense trees and I never knew what would be around the corner. Once I got past that part, the trees opened up and I started having a blast cutting through bumps and zigzagging through the trees. Birches led into Wayne’s World, a chill blue glade that kicked you out at the top of the Shelburne lift..

Next up was Upper Fox’s Folly to Fox’s Folly which is on old abandoned lift run. I was curious why it was rated as a double black and I realized it was most likely because all the huge rocks on it. I had an absolute blast on this run, and it was super easy compared to Birches.

Today Was a Day Of Dew Milestones

Next on the agenda was Ledges, which I’d also never skied before. It ended up being a short and sweet, steep, un-groomed run. I had my heart set on skiing Caveman Glades today, but to get there you needed to cross Upper Dipper, where they are blowing snow. The snow iced over my googles and the visibility was also very poor, so I abandoned that side of the mountain for today. Other trails today were Upper Whilloughby, Lower Whilloughby and Lower Bear Den. It really did end being an epic ski day for me and I achieved some new personal milestones.