Home>Blog>Skiing>Stoked! Jan’s Ski Blog [S02, Day 35] – Skiing The Lyndon Outing Club During The Day, For The First Time This Season

Stoked! Jan’s Ski Blog [S02, Day 35] – Skiing The Lyndon Outing Club During The Day, For The First Time This Season 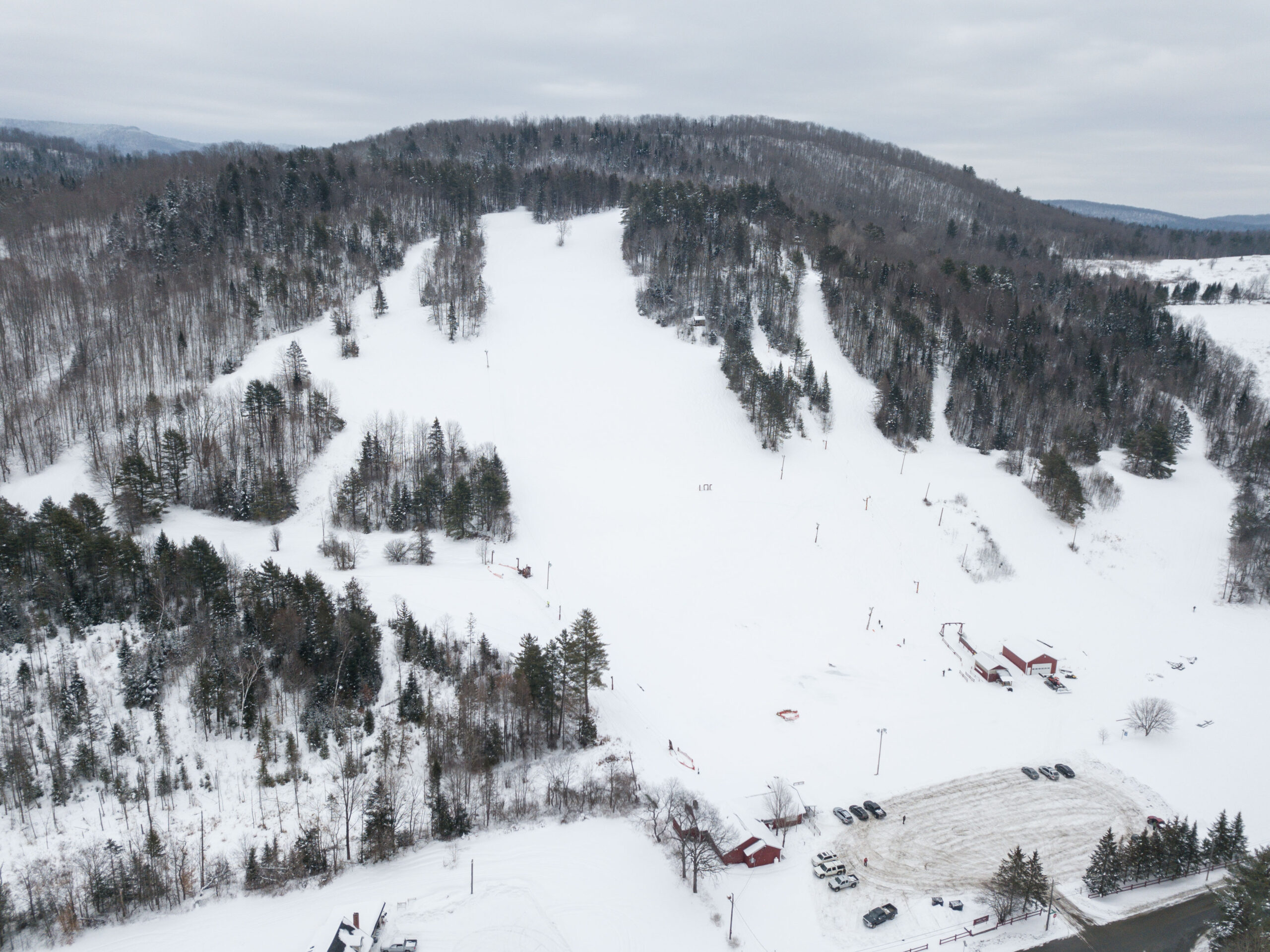 This season I’ve skied several of the night sessions at the Lyndon Outing Club. The LOC is the only place in the Vermont’s Northeast Kingdom that offers night skiing. I hadn’t had the chance to ski there yet this season during daytime sessions. The Outing Club is only open for day skiing Saturdays and Sundays from noon-4pm. Night skiing happens on Wednesday, Friday and Saturday nights from 6pm-9pm. The last few weekends I had been focused on chasing powder at Burke Mountain. This weekend was President’s day and I knew that the crowds would be too much for me to handle. This meant it was the perfect weekend to spend skiing at the Lyndon Outing Club.

During night skiing, only the face is lit and skiable. Most of the other terrain is off limits and new headlamp skiing is allowed. There are 9 trails at the LOC and most are only skiable on the weekend. These trails range from double black diamonds to greens. I’m a new member of the board of directors and have been trying to promote the hill more on social media, mainly through their Instagram.

I arrived to the Lyndon Outing Club early so that I could take some aerial photographs of the hill before going skiing. Most of the pictures of the LOC are taken with cell phones, from the same vantage point, and generally only show a couple of the trails. As far as I know, there has never been any drone photos taken of the hill. I spent about 20 minutes flying my drone around the hill to capture as many angels of the different trails that I could. It was very old outside that day and my hands were freezing. I managed to get a shot of the groomer, but no one had started skiing by time I was done. The photos turned out really cool and I plan going back to shoot some more when there are skiers on the hill.

My plan for today was to film all the trails with my GoPro mounted to my helmet, to document and showcase the variety of terrain. I usually film everything the wide-angle mode, but decided for some reason to film everything in medium width mode. I filmed half of the trails by myself and then met up with my friend Dick, to film the other half. I got in twelve runs, which is the most I’ve ever done there.

I Did Not Achieve the Results I Wanted

When I film other mountains, the grooming and trail conditions and generally perfect and my GoPro 3+ footage looks decent. At the Outing Club the trails are very bumpy, challenging and wild, making it an absolutely fun place to ski. Sadly, the medium width camera settings combined with the bumpy conditions made most of my footage look horrible. Some of the runs were salvageable, but I’m going to back to re-video all the trails again next weekend, with adjusted cameras settings.

One of the Oldest Ski Hills in New England

Founded in 1937, The Lyndon Outing Club is one of the longest running ski hills in New England. It is purely volunteer run and truly a gem for the Northeast Kingdom of Vermont. I joined the Board of Directors, of the LOC at the beginning of this season to help promote this wonderful historic ski hill. I recommend that anyone visiting the NEK or is skiing at Burke or Jay Peak to visit the LOC for day or night skiing. And while you are at it, make sure and have one of their tasty burgers in the lodge!