Home>Blog>Skiing>Stoked! Jan’s Ski Blog [S02, Day 23] – Perfect Snow at Jay Peak, Not So Perfect Skiing And Then I Almost Died

Stoked! Jan’s Ski Blog [S02, Day 23] – Perfect Snow at Jay Peak, Not So Perfect Skiing And Then I Almost Died 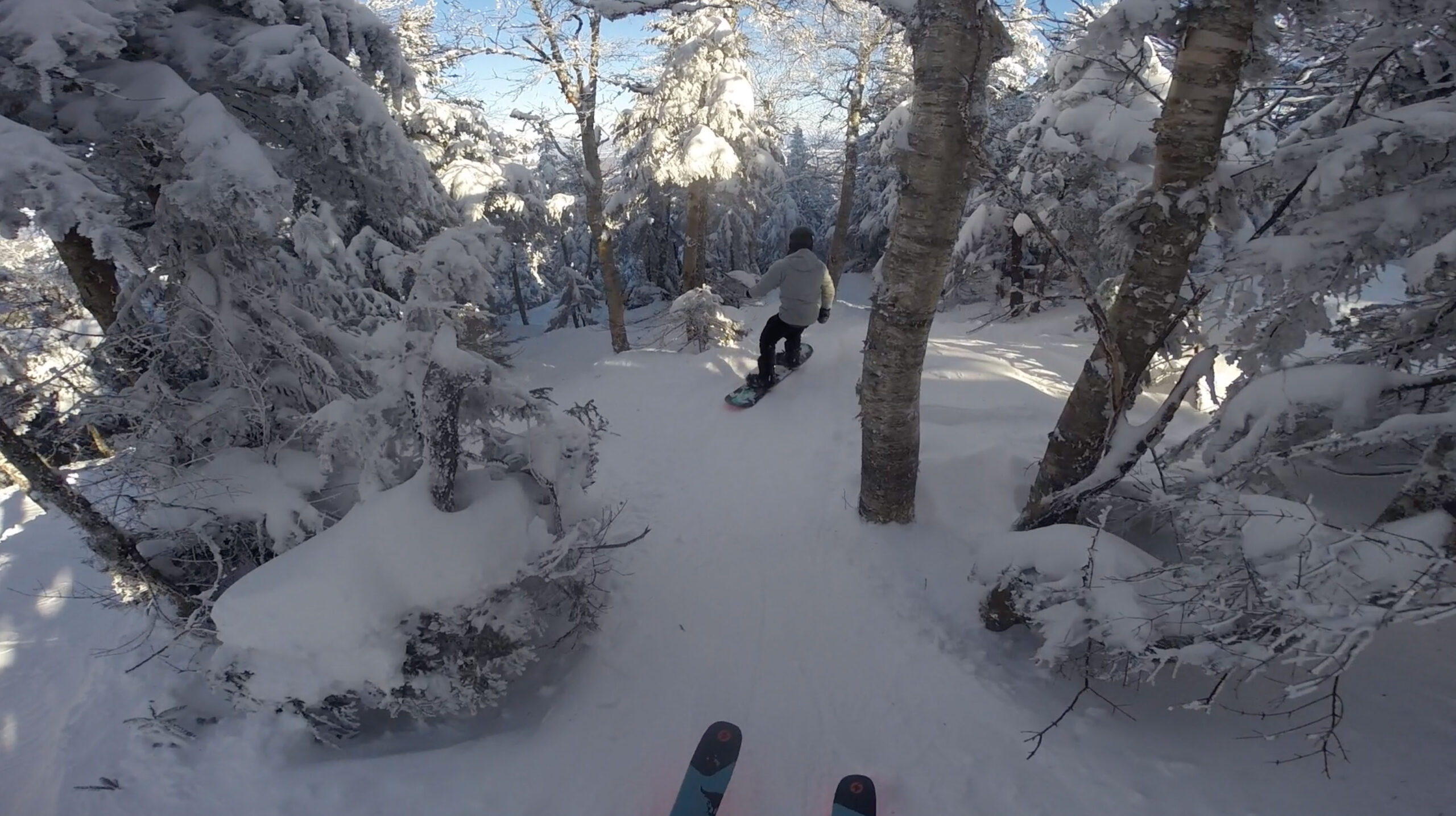 Hearing how awesome the conditions are right now at Jay Peak, I’d been itching to make my way there all weekend. Last night one of my friends hit me up and asked if I wanted to go skiing there today. They had been there yesterday and were raving about how “epic” the conditions were in the glades.

I headed up to Jay Peak and we were on Flyer lift right before 10am. This lift is usually pretty windy and gets very chilly. Today, however, was a bone chilling cold, a cold where frostbite would eat away your exposed skin. We started the day in Beaver Pond, it had lots of fresh snow in it, but it was pretty tracked out from all the people in there over the weekend. Most of the glades we skied today were absolutely packed full of snow with plenty of untouched patches. The groomers however were fairly hard pack with some ice. While Upper Can Am had very thin cover with lots of exposed rocks and huge ice cubes.

Frustration Starts To Set In

I started experiencing my first issues of the day half way through Beaver Pond Glade. My goggles fogged over and froze on the inside, and then my thighs began cramping. The entire day was spent trying to remedy my goggle situation.  Every run, I suffered the same problem and ended skiing most of the glades with 30-40% vision. When things became hairy, because of lack of sight, I tried not using them, but I didn’t like the idea of a branch possibly poking my eye out. This whole situation proved to be the most difficult on Deliverance Glade, which is a steep and dense tree run, from the backside of the Bonafide lift.

My muscle pain did end up subsiding after a few runs. However, my goggle issue and realizing how exhausted my body was, from the past two days of skiing, turned what should have been an epic day, into something much less enjoyable. It was a day of blind skiing, with some not so fun falls. I also became stuck in a patch of miniature pine trees near a big drop off. My poles ended up sliding down towards the edge of the drop off and I had to go down and retrieve them.

And Then I Almost Died…

After a couple of hours of continuous issues, I grew frustrated with how my day was progressing. I called it quits at 12:30 and decided to drive to Newport, VT to check out a thrift store and get a California Burrito at America’s Taco Shop. I wanted to do something fun and rewarding to make up for such a depressing ski day.

The roads were clear and dry, until I went into a curve in a dip that was full of snow slush. I started wildly fishtailing and my car began to spin around backwards until I hit the guardrail on the rear bumper, projecting me across the road. I hit the guardrail on the other side and spun off back to lane I was in before narrowly missing a head on collision with an oncoming car. Needless say I saw my life flash in front of my eyes. This was probably the scariest experience I’ve had yet. I was lucky the only damage to my car was to the paint on the front and rear bumper. It could have gone south real fast and I feel extremely lucky.