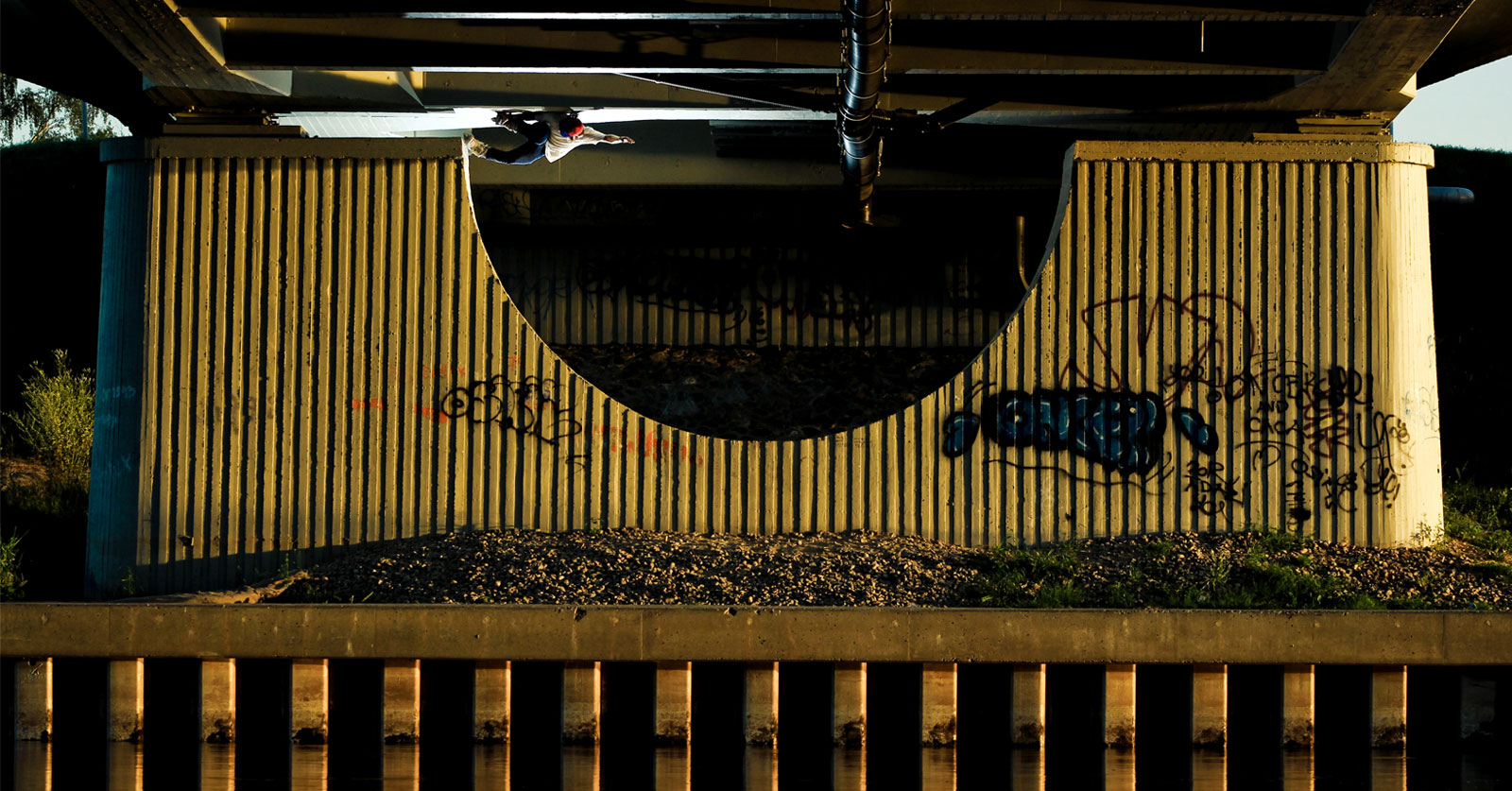 For the eighteenth installment of our Photographer Series, I spoke to Kaspars Alksnis, a 29-year-old inline skater and photographer living in Riga, Latvia. He started skating in 2001 and began documenting the scene in his hometown in 2004. Since then, he has worked closely with Latvia’s most legendary skater, Nils Jansons, on numerous projects. Kaspars has documented athletes in most of the major extreme sports during his career.

How did you get into photography?

Watching television and looking through books with photos in them as a child inspired me to pursue filming and photography. Even at a young age, visual imagination has always been my strength. When I started skating is when my photography journey began to develop further.

I wasn’t the best at doing crazy tricks, so I stepped back and began documenting the local skate scene. In the beginning, I used a VHS video camera, then a 35mm photo camera, and finally acquired a “soapbox,” aka point-and-shoot camera. I’ve been hooked ever since.

What gear do you shoot with?

When shooting digital, I used a Fuji X-H1. For film photography, I shoot with a Kodak Retina and Olympus Mju I.

Do you work together with any skating brands?

Yes, I do. Most of the brands I’ve worked with either support or sponsor Nils Jansons. However, Roces is the only client that stands out as something serious enough to be called “working with a brand.”

A selection of Kaspar’s work with brands within skating

Have you had any of your photos published?

I’ve had skating photos published in Be-Mag, One Magazine, and Clac Magazine. My images have been used by Hedonskate, Winterclash (on entry tickets), Red Bull, Monster Energy, Simple Session, and FISE. I’ve also appeared in photo exhibitions and have had my images printed as posters.

It’s definitely “Lost in Latgale,” which is an award-winning documentary film from 2014. We came up with an idea to mix extreme sports, so we invited some of the best athletes in each sport to join us in a van for a ten-day tour around the Latgale cultural region of Latvia. I was the filmer, photographer, producer, manager of promotion, and also a rider. It turned out great. Thanks to this project, we gained a positive outlook on extreme sports in Latvia. I most likely helped create several skateparks, and we all became well known among the general public in our country.

But one of the most recent projects from the last year was with Nils and his brother in Sicily for his second pro skate from Roces. Sicily is an absolute paradise for one’s eyes, mind, and stomach. Every day was a beautiful balance of hard work and tasty pleasures. I can’t complain!

Is there anyone whose skating you would love to document but haven’t had the opportunity?

I want to shoot with Alex Broskow or David Sizemore because of their style and spot/trick selections.

Do you have an all-time favorite photo you’ve shot?

A photo that sticks out in my mind is Nils’ disaster soul, which ONE magazine published on the cover in honor of his Skater of the Year award in 2012. That was a special time for us in skating; we were living like rockstars! haha

Where do you want to take your photography into the future?

I want to create a collection of all my work and publish a book.

What’s the most challenging type of photo to take?

How does skating today compare to how it was when you first began?

Everything is different, and it’s not a bad thing. I’m happy to see that skating is less associated with words like extreme or aggressive; instead of that, it’s becoming more and more like a normal thing to do. Back in the days, you felt like you were doing something badass, and people around you looked at you like a crazy kid. Nowadays, everyone is crazy in their own way.

Who are your favorite people to collaborate with?

All my local homies.

Is there any photographer who influenced your approach to shooting photos?

Wes Driver from ONE Magazine was a significant influence on me. His lighting techniques, post-editing process, and angles captured my attention.

Who is your favorite photographer?

That is hard to say. I’m trying not to put someone in the first place because there are so many great artists out there. But let’s say I like the unique style of Elizaveta Porodina, the breathtaking landscapes from Reuben Wu, and the skateboard eye candy from Jake Darwen.

A collection of skating photos

Has COVID-19 changed how you go out skating and shooting?

The only thing that has changed is being able to travel. Everything else has mostly remained the same, so we continue to go out and get shit done!

Do you do any other kinds of photography not mentioned above?

During the last few years, I’ve been enjoying lifestyle and documentary photography, and it all goes well together with creating collages.