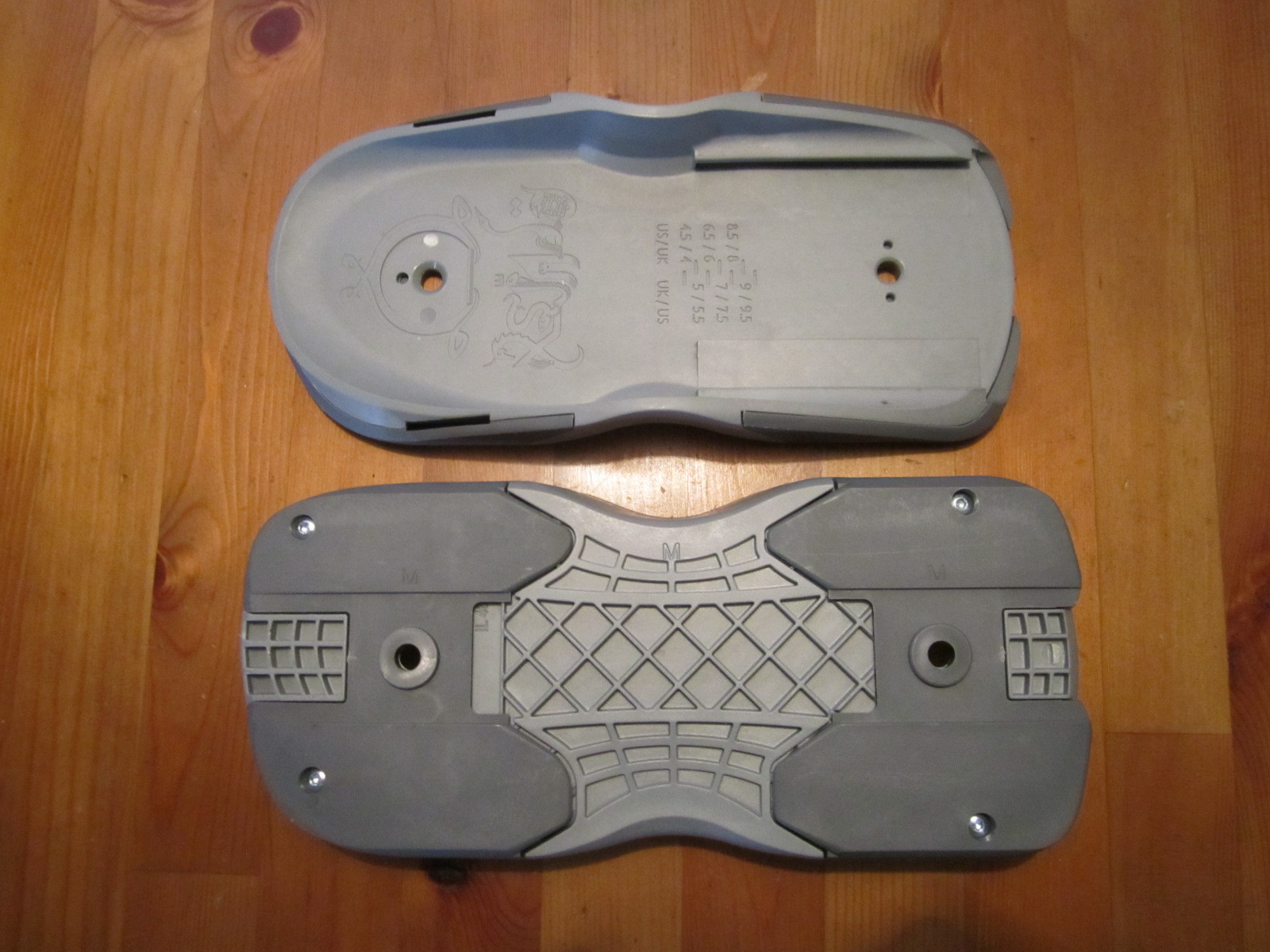 The first inline skate to set the standards and conventions for hardware was the Rollerblade BladeRunner skate. Since inline skates were conceived as a summer training tool for hockey players, many of these conventions were carried over from hockey skates e.g. raised heel boots, mounted to metal frames with rivets.

At the same time, roller skates (now known as quad skates, in order to distinguish them from inline skates) were conventionally using a flat heel mount with nuts & bolts i.e. the heel lift was determined exclusively by the boot, with the boot/frame interface on a flat plane.

As inline skating has diversified away from hockey, the motives for modifying the mounting conventions have multiplied. In 2017 there are at least 4 mounting standards, with more than a dozen proprietary mounts used by individual companies. And so it begs the question; can a truly “universal” mount exist which will accommodate all manner of inline skate setups without compromise?

The progression to a flat sole for grinding happened in the mid ‘90s with skates like K2 Fatty and Roces 5th Element (even earlier were bolt-ons like CDS heel plates and similar hardware for K2 Soul Slide and early Razors skates). Around this time Senate introduced a mounting standard which Razors became compatible with, and Fifty-50 were producing a frame kit with their own mount which USD accommodated on some models.

The concept of mounting any frame to any boot was on our minds, but the reality of getting the job done was a lot of work. It wasn’t until the late ‘90s that a flat sole mount was introduced with the Salomon ST. This offered a simpler foundation for a universal mount, and formed the basis for UFS which was introduced a few years later. No longer were baseplates and rivets required, but it also meant that frames needed to be redesigned without the raised heel.

With the introduction of UFS in the early 2000s, hardware manufacturers retooled their molds & tweaked their designs to make aggressive frames UFS compatible. However, few redesigned their boots to be truly UFS compatible…rather, the soulframe became a “raised heel boot to UFS” frame adapter. Imagine the difference between USD Thrones & USD Carbons: we could theoretically bolt a UFS frame directly to a Carbon boot without soulplates, but not with Thrones.

The introduction of carbon shell aggressive boots helped make flat sole shells with internal heel lift the standard. This also made soulplates practically universal, product from USD Seba Adapt etc. can be used on any flat soled shell. This standardization lends itself to other modifications such as wheel-wells, repositioned frame mounts, additional soulplate bolts…all of which subverts the specifications of UFS in order to accommodate better setups than UFS allows.

Outside of the aggressive market, recreational fitness and race skates settled on a raised heel mounting standard that was later stretched from 165mm to 195mm to accommodate bigger wheels. Bont introduced their 3-point mount to maintain lowest stance and increase stiffness while minimizing weight, and Powerslide have introduced their Trinity mount to achieve similar aims. However, it seems unlikely that either proprietary mount will become a standard i.e. we won’t be able to bolt Bont frames to any boot, or any frame to Trinity boots.

So the question is; can we incorporate the virtues of all these different mounts into one standard that will accommodate all imaginable setups? The simplicity of UFS, the wheel-welled lowest stance of Bont 3-point, and the lateral stiffness & power transfer of Trinity? Surprisingly, pre-UFS Salomon ST skates were as close to this ideal as we’ve seen…and Adapt’s new Quattro mount is closing in on a modern equivalent.

What if we were to start with a flat soled shell with internal heel lift, and move the mounting bolts out of the frame channel and into the 4 corners of the boot sole? Not so far as to hinder smaller sizes, but far enough to provide maximum lateral and torsional stiffness? Keep the bolts low-profile enough to sit well below flush for a 6-10mm soulplate (which would only affect a fraction of skaters). Such a standard could even bridge the gap between inline and quad skate hardware.

Light the comments up with your ideas.