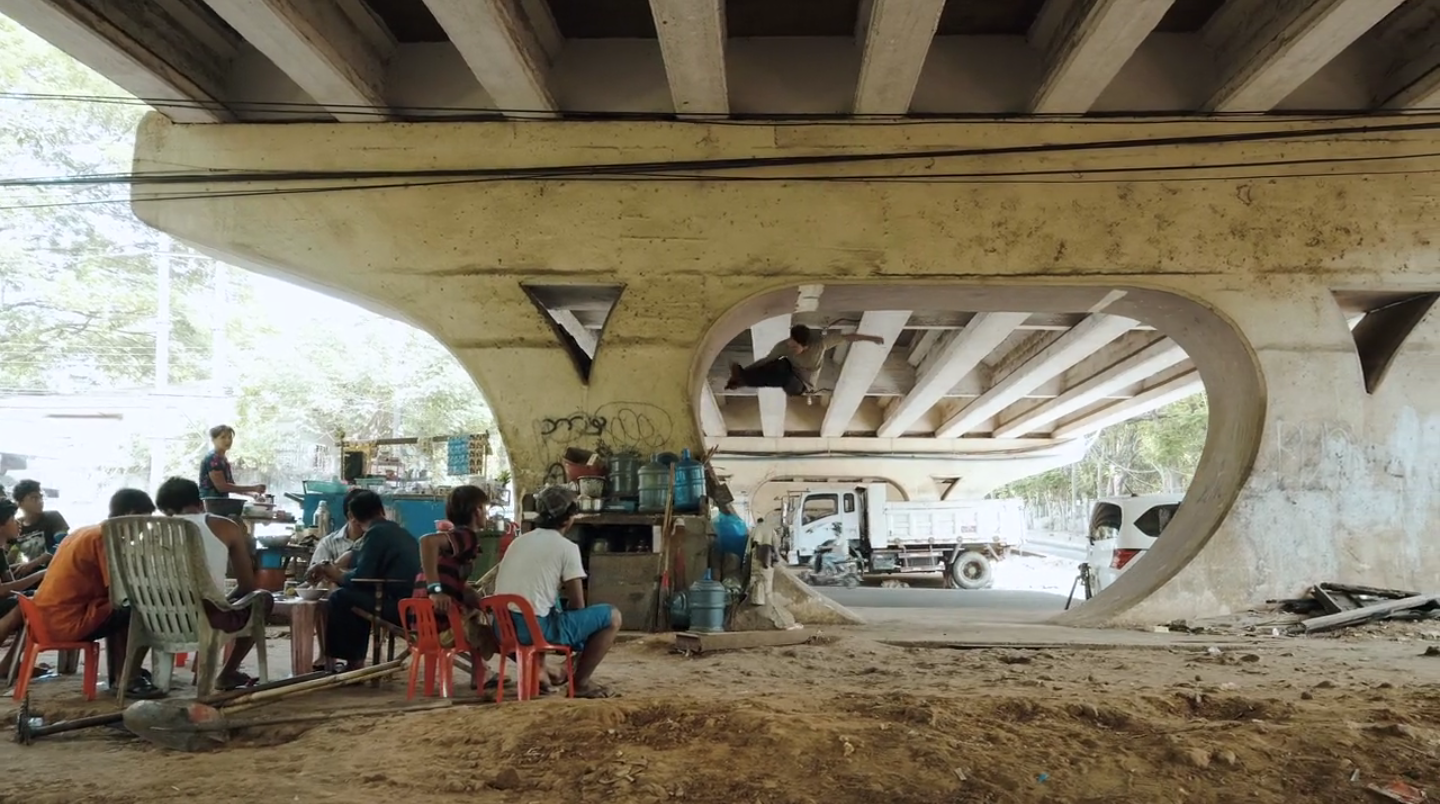 The Republic of the Union of Myanmar may seem like one of the last places on earth you would choose to go for a skate trip. A once isolated state with a history of military rule, having only opened up to foreigners in the last decade, the world’s perception of Myanmar is often polarized.

Despite the country’s checkered political history and continuing internal conflict, amongst the melting pot of religions and cultures exists a thriving group of rollerbladers.

Follow the equally colorful crew that is Gav Drumm, Joe Atkinson and Mathieu Heinemann as they uncover this unique scene and skate some of the most untouched terrain out there.

Check out the trailer below. Full video available at sellfy.com.