Day 0 of Ragbrai (The Register’s Annual Great Bike Ride Across Iowa). A bit of “pregaming” as I skated a few miles from the airport to the starting town. Just peanuts compared to what’s in store over the next week alongside Caleb Smith and Katie Baird. Fittingly I’m wearing my SkateIA (Skate Instructors Association) shirt today which is often misinterpreted as Skate Iowa.

From Council Bluffs to Atlantic, started out wet and wild. Thunderstorms all night continued into rain for most of the day. After packing up camp, we hit the slick roads and became engrossed in an endless sea of cyclists. Many were stunned to see three skaters and most offered positive vibes. And contrary to popular belief, Iowa is not flat. Our 60 mile ride included 3000 feet of elevation gain, and I sure as hell cranked up every hill (passing upwards of a hundred cyclists each stretch) to show what skaters are capable of.

From Atlantic to Winterset, was another doozy. I was feeling yesterday’s miles and we had plenty of headwind along for the ride. I compensated by drafting every cyclist I could, including speedy ones and those with big boomboxes. The last 20 miles of our 75 mile ride provided us some much welcome tailwind but also a strong serving of rolling hills. I was pretty beat by the end, but it’s definitely my fault for blasting behind cyclists for long stretches while holding speeds to 18 to 22mph.

From Winterset to Indianola, gave us a bit of a break as we covered “only” 46 miles. That allowed us the opportunity to invite two other bladers join us for the day. Bryce Orfield completed 23 miles and Christopher Watts finished the full route. Each clobbered their previous personal best. We ended the day camping at the home of a friend of a friend of a friend where we were treated to much appreciated showers and a warm breakfast.

From Indianola to Centerville, proved to be an epic one. We started on the road at 6:30am as it was the the longest day at over 80 miles. But Caleb and I had our eyes set upon an optional loop near the end that would tack on another 30+ miles. We maintained an even but strong pace throughout the day. Come time to take on the loop, Caleb and I turned on the afterburners to make it in time to claim our loop patch, where I held over 18 mph on rolling hills for 14 miles despite already having over 75 miles on my legs for the day. Meanwhile Katie skipped the loop but decided to throw in an extra 10 miles in town. She completed 100 miles, beating her previous personal best from just a few days earlier by 25 miles. Meanwhile, Caleb and I ended the day with 122 miles. It was my first century and I clobbered my own daily personal record by 35 miles (sorry Athens to Atlanta). We were so beat by the end and everyone was helpful and I even got a personal escort by the US Airforce Cycling Team.

From Centerville to Fairfield, continued to proved to us the kindness, good energy, and interest from cyclists towards us skaters. We’ve continuously been showered with praise, encouragement, and awe. Groups of cyclists invited me into their pacelines and even my decisions to draft cyclists uninvited went over positively. While skaters have often been welcoming of cyclists, the reverse has not been as true in my past experience, but RAGBRAI has shown that we’re more similar than different. As an added bonus for the day, a reporter for The Register (the “R” in RAGBRAI) reached out to us for an interview and published an article on the event blog.

From Fairfield to Burlington, has come to a deep semblance of routine. Wake up, pack up camp into a sketchy support van named Rosie, and pile on a ton of miles (68 in this case) alongside thousands of cyclists. I’m definitely feeling more beat as the days go on. Muscles are sore to the touch and beyond the help of massage rollers. Yet looking at the numbers, my body seems stronger than ever.

I maintained another day averaging over 15 mph yet my heart rate remained low. I’m flying behind cyclists holding over 20 mph for over a dozen miles a stretch. And I’m not only passing nearly every cyclist up the hills, but doing so with great speed. I can’t help but take on a challenge and these have been some amazing training grounds. The routine has gone to my head too and in a good way. I’d look at the map and see that there’s 18 miles to cover in the next stretch between towns and think that it’s hardly a big deal.

Perception really is everything. But so are the laws of physics and biology. I took three hour long breaks during the day. I totally forgot to take pictures during the ride. And after picking up groceries and being only a couple miles from camp, the railroad crossing gate closed right before I could pass and a pair of 100 car freights passed in either direction. Exhausted, I sat down on a curb and had my dinner right there and then.

From Burlington to Keokuk, marked our final day of riding. But we had much in store to earn our finish as we faced brutal headwinds and scorching sun. Every mile was tough but I kept my pace up and minimized breaks cause it was only going to get more challenging as the day went on. The completion of the ride across Iowa was officially marked with a celebratory dipping of our wheels into the Mississippi River. Given that I’d originally crossed into Iowa from Nebraska through the western border a week earlier, I felt it was fitting to cross out of Iowa on the eastern border with a quick trip across the bridge to Illinois. 75 miles for the day and to cap off this week long journey.

While skating across the state of Iowa during Ragbrai served as a personal achievement for each of us, we also set out to change people’s perception of skating and skaters. Katie Baird perhaps played the most impactful role because although she’s an experienced derby and aggressive quad skater, she’s also relatively new to inline and distance (~18 months). She proved that despite this and being on some entry level skates, skating hundreds of miles in a week is not only possible, but accessible, as long as one puts in the determination and effort. Caleb Smith showed everyone the uniquely fun ways skates allow one to experience a distance ride. This included bombing down hills backwards and catching air when the terrain offered such opportunities. As for myself, I set out to show that skaters can attain the elite level of athleticism that cyclists often reserve for themselves. I kept pace with many of the fastest cyclists and cruised within pelotons. I even carried the “pro” look by wearing a jersey, cycling style helmet and sunglasses, a heart rate strap, and GPS watch. At the end of it, we three skaters not only turned heads and caused jaws to drop, but also expanded people’s minds of what’s possible of skates. 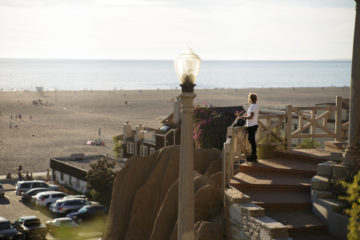 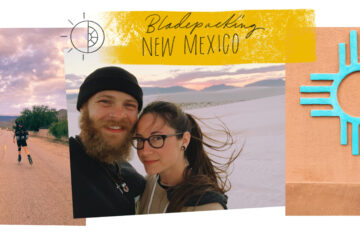 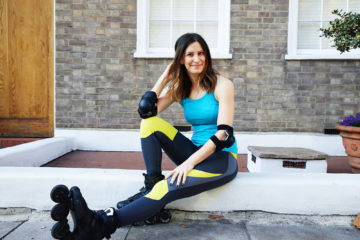 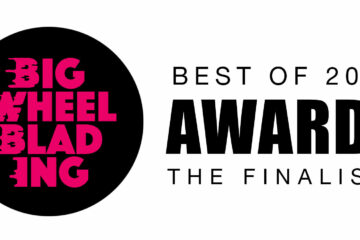